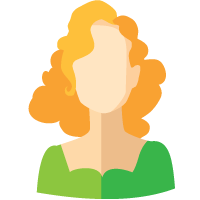 Hello, my name is Cindy. I live in the suburbs of Sydney with my family. Although I would occasionally visit the doctor when I was feeling too good or if one of the children had a cold. However, my whole view on doctors changed when I found a lump on breast last year. I went to my GP in a panic, but he was a real sweetie. He calmed me down and explained he would refer me for a further investigation. Thankfully, they caught my cancer early and after some treatment, I made a full recovery. Since this close call, I have taken a keen interest in everything health related.

Hearing Aids? There's an Emoji for That!

Apple recently submitted a proposal to Unicode, suggesting 13 new emojis to represent people with disabilities such as low vision and limited mobility. Two of the emojis proposed by the technology giant relate to deafness and hearing impairment. The first features a man or woman signing a common sign meaning deaf or hearing impaired, while the other is of a hearing aid. In their proposal, Apple recognised that millions of individuals worldwide have hearing loss and that emojis can offer ways for people to communicate and express their experiences. They also noted that that offering emojis which represent disability may help improve inclusiveness in society.

Apple suggested that an emoji of just a hearing aid wouldn't be distinctive enough on its own, instead recommending that the image include an ear to give the instant recognition that emojis need to convey messages or ideas in pictorial form. Members of the public as well as hearing aid users will immediately recognise the chosen image of a hearing aid in place behind an ear. The ear can then be customised to different skin tones, meaning that hearing aid users of different ethnic backgrounds will be able to select an emoji to represent themselves.

Given 1 in 6 Australians have a degree of hearing loss many will welcome this move as a way to represent those who wear hearing aids, especially younger people who have grown up with emojis. In the past 12 months, there has been a move to expand the number of emojis to be more inclusive of all members of society such as the option to create emojis with different skin tones; however, those who need assistive devices such as hearing aids have previously been ignored. If the new emojis are accepted they are they will likely be rolled out in 2019.

If you are concerned you may have hearing loss or that your hearing aids are no longer working well, it's important to have your hearing checked. There are many options for hearing aids, from discrete devices to the more familiar kind as in the instantly recognisable image chosen by Apple.